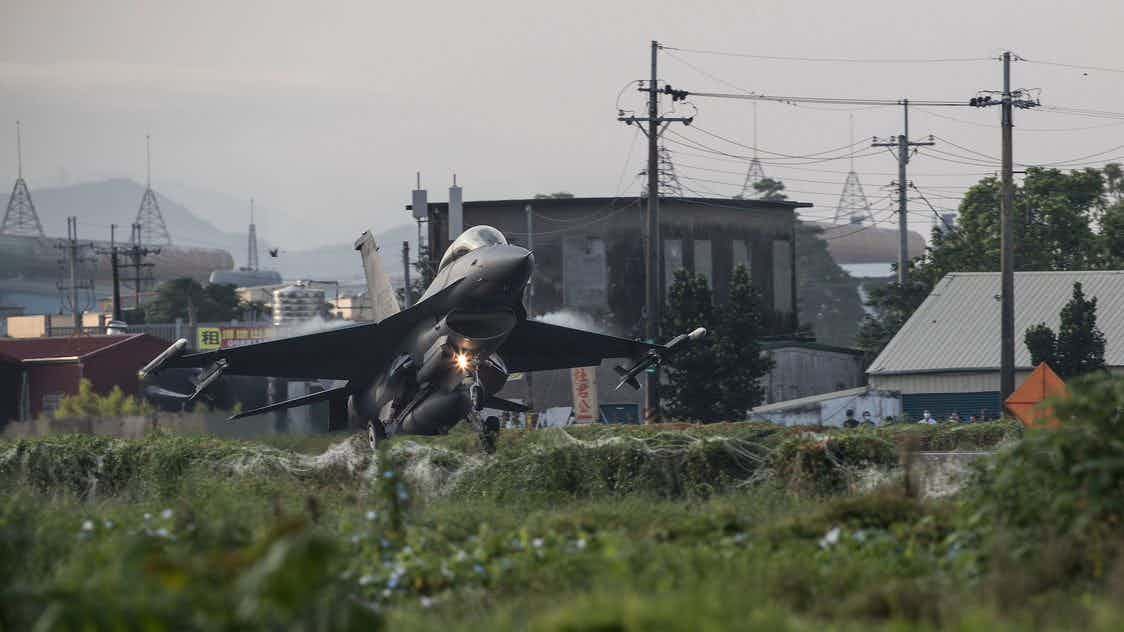 Beijing sent 10 Chinese aircraft in Taiwan’s air defense zone as if to test the military might and alertness of Taiwan and its partners in a show of aggression that could soon escalate into an armed conflict.

THE intrusion last Friday of 10 Chinese aircraft in Taiwan’s air defense zone is testing the military might and alert response of Taiwan (which China insists is part of its territory just like the entire South China Sea waters),in the process also probing the defense commitment of Taiwan’s allies namely the US and Japan.

A Reuters report today said Taiwan’s air force scrambled on Friday to warn away 10 Chinese aircraft that entered its defense zone the day after the island announced a $9-billion boost to its military spending to counter threats from China.

Taiwan has been complaining for over a year of repeated missions by China’s air force near the democratically- governed island, often in the southwestern part of its air defense close to the Taiwan-controlled Pratas islands.

The latest Chinese mission involved 6 J-16 and 2 J-11 fighters plus one anti-submarine and one reconnaissance aircraft, the Taiwan ministry said.

Taiwan sent combat aircraft to warn away the Chinese aircraft, while missile systems were deployed to monitor them, the ministry said.

The Chinese fighters flew in an area close to the Pratas, while the anti-submarine and reconnaissance aircraft flew into the Bashi Channel that separates Taiwan from the Philippines, according to a map that the ministry issued.

The incident came a day after Taiwan proposed extra defense spending of $8.69 billion over the next five years, including on new missiles, warning of an urgent need to upgrade weapons in the face of a "severe threat" from China.

Speaking earlier on Friday, Taiwan Premier Su Tseng-chang said the government takes the threat from China seriously. "The Chinese Communists plot against us constantly," he said.

China's government, for its part, criticized Taiwan Foreign Minister Joseph Wu on Friday for comments this week in which he said Taiwan was a "sea fortress" blocking China's expansion into the Pacific.

Wu's "aim is to deceive public opinion, to rope in and collude with anti-China foreign forces", China's Taiwan Affairs Office said in statement.

Last Sept. 14, Beijing protested the possibility of Washington allowing Taipei's US office to be renamed, and warned the United States not to challenge the one-China principle.

A final decision had not been made and would require President Joe Biden to sign an executive order, according to Saturday's report.

Biden and Chinese counterpart Xi Jinping on Friday held their second telephone call where Biden stressed that "the US has never intended to change the one-China policy," according to Beijing's statement.

A statement by the US government made no mention of the issue.

Beijing views self-ruled Taiwan as a breakaway province, to be brought into its fold by force if necessary.

Observers said Beijing would view a name change as breaking the one-China principle and fear a domino effect in other countries.

They said the US had been testing the water over Taiwan - the most sensitive issue as the two powers compete on almost every front, including trade, technology, human rights and the South China Sea.

Foreign ministry spokesman Zhao Lijian earlier said that China had "lodged solemn representations" with the US and urged it to abide by the one-China principle and the three US-China communiques - joint statements in 1972, 1979 and 1982 that included the US stating its intention to gradually decrease arms sales to the island.

Zhao said Washington should "stop any form of official exchanges between the US and Taiwan to improve substantive relations", including by changing the name of Tecro.

The office was established in 1979 - initially named the Coordination Council for North American Affairs in Washington - to serve as a de facto embassy for Taipei after Washington switched its official diplomatic recognition to the Beijing government.

Beijing has warned countries against having official contact with the island or allowing it to use its official title of "Republic of China," or "Taiwan," in their exchanges.

China recalled its ambassador to Lithuania after the European nation in July allowed the island to open a de facto embassy using the name "Taiwan" - the first country with formal diplomatic ties with Beijing to do so.

Beijing has ramped up pressure on Taiwan in recent months, sending warplanes to the island's air defense identification zone almost daily and expressing anger over US arms sales to Taipei.

The island's government has declined to comment on the possibility of the name change.

"It has long been our goal and effort to strengthen and upgrade our relations with the US in all areas," the Taiwanese foreign ministry said on Monday, adding that the island would continue to do so pragmatically and gradually.

Taiwan's main opposition party, the Kuomintang, has urged the government of President Tsai Ing-wen against any misjudgments over the potential name change, saying the office title was not the most pressing issue between the US and the island.

Liu Shih-fang, the caucus leader of the ruling Democratic Progressive Party (DPP) in the legislature, said changing the office title from "Taipei" to "Taiwan" had nothing to do with "interfering in China's internal affairs" but was simply a more accurate way to refer to the island.

Ni Feng, director of the Institute of American Studies under the Chinese Academy of Social Sciences, said a name change would trigger a "strong reaction" from Beijing and increase friction with the US.

"A change of name would be a major event, meaning the US would be taking a significant step to weaken the one-China policy, leaving only a vague gesture," Ni said, adding that the US was using Taiwan as a pawn in its strategy towards China, to test Beijing's reaction.

Zhu Songling, a Taiwan affairs expert at Beijing Union University, said Washington's tactic was to test the water, "which we are very familiar with", and Beijing's biggest concern was a possible domino effect. "Recalling our ambassador to the US, like with Lithuania, cannot be ruled out," Zhu said.

Shi Yinhong, an international relations expert at Renmin University, said Biden had been increasing support for the DPP since entering office in January, but it was unclear whether he would approve the renaming given the political pressure on him domestically over the withdrawal of troops from Afghanistan.

China’s first show of aggression against Taiwan was when it sent last September 5 its 19 warplanes into the Taiwan air defense identification zone as 400,000 doses of coronavirus vaccines donated by Poland arrived.

Taiwanese media speculated that Beijing, which considers Taiwan a renegade province to be reunified, sent the airplanes in response to the arrival of the vaccine developed by Britain's AstraZeneca Plc.

The 19 warplanes, including 10 J-16 fighters, four H-6 bombers and one Y-8 anti-submarine aircraft, entered the zone southwest of the island before turning back, according to the ministry.

A spokesman at the office of Taiwan President Tsai Ing-wen expressed appreciation for the goodwill gesture from a "democratic partner."

Poland has become the fourth European country to supply Covid-19 vaccines to Taiwan, after Lithuania, Slovakia and the Czech Republic.

All four countries maintain diplomatic ties with China but are in the middle of re-evaluating their relations with China and Taiwan over Beijing's alleged human rights abuses and tightening of control over Hong Kong.

According to the presidential office and other sources, the island provided 1 million medical-use masks to Poland in April last year.

After virus cases spiked in Taiwan this May, Poland provided 1,500 pieces of protective gear to Taipei city.

No articles found at the moment.