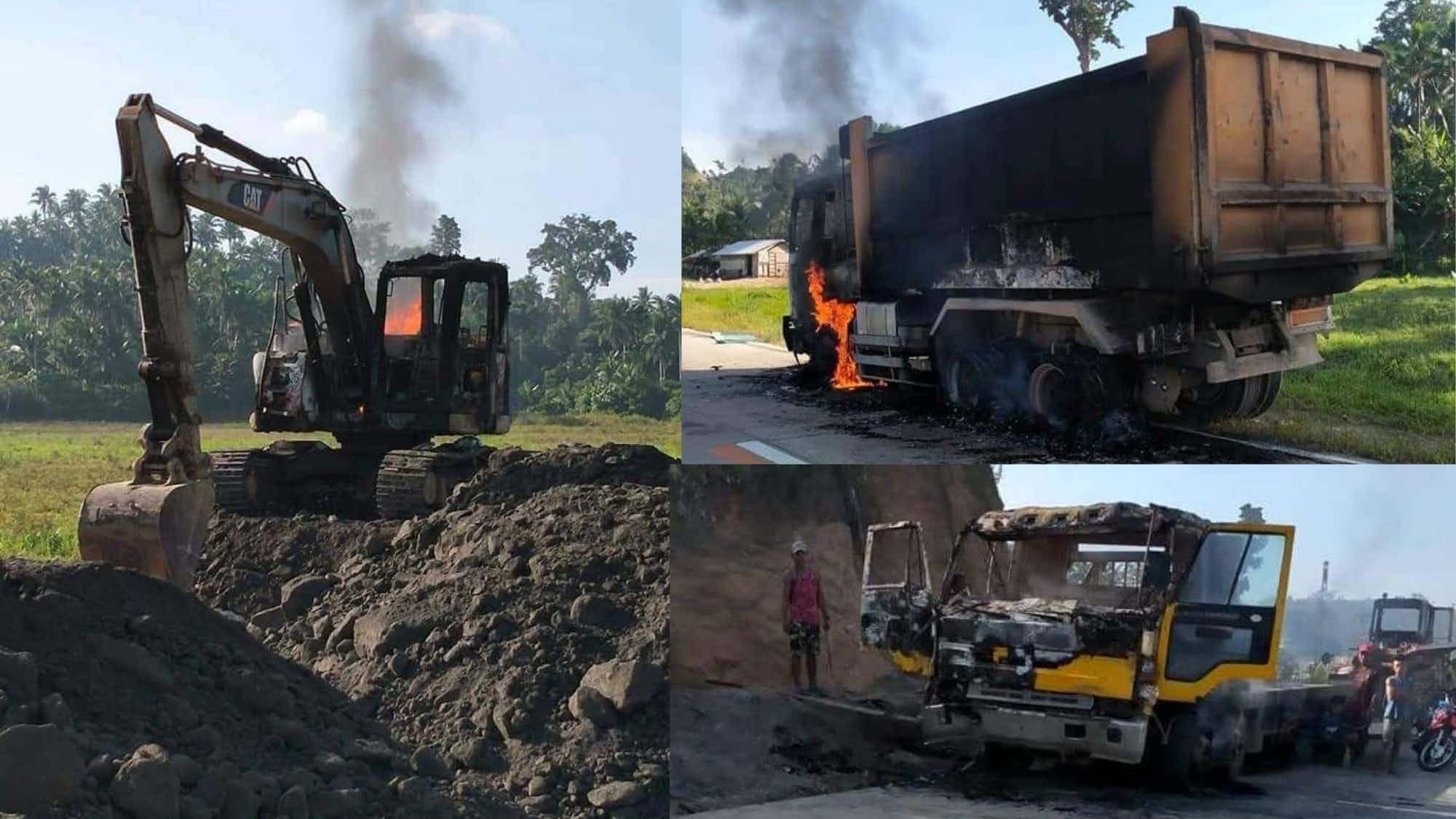 The equipment destroyed by members of the New People’s Army were being used in the construction of a road link between Northern and Eastern Samar which if completed would hasten the transport of goods and supplies in remote areas as well as for faster delivery of basic services.

The equipment were being used by CDU Construction, a private company, tasked in the construction of a road and bridge project in Barangay San Francisco.

Among the destroyed heavy machinery include a bulldozer, two backhoes, a loader, a dump truck, a self-loading Primemover truck, a crane, a grader, a road roller, and a welding generator set, with a total value of P32 million.

According to one of the workers who reported the incident to the Las Navas municipal police, the rebels stormed their barracks at 4:00 a.m. and called on them to go out.

Just as the rebels started to set all of their equipment on fire, the workers noted that one of rebels told them in local dialect, "Kay ano it nga ginpapahilapad niyo it kalye, nga nakaka-agi naman it mga scooter, kay para liwat makakadali-dali pag-agi it tangke hit Army?”

No one were reported hurt in the incident, but sources on the ground said all workers of the CDU Construction were pulled out from the site.

The road project being undertaken by CDU Construction will supposedly pave the link between Northern Samar and Eastern Samar, through the Las Navas-Jipapad corridor.

Concerned government agencies had yet to issue their statement over the incident, particularly on the fate of the construction project.

‘Time to give up or to die’