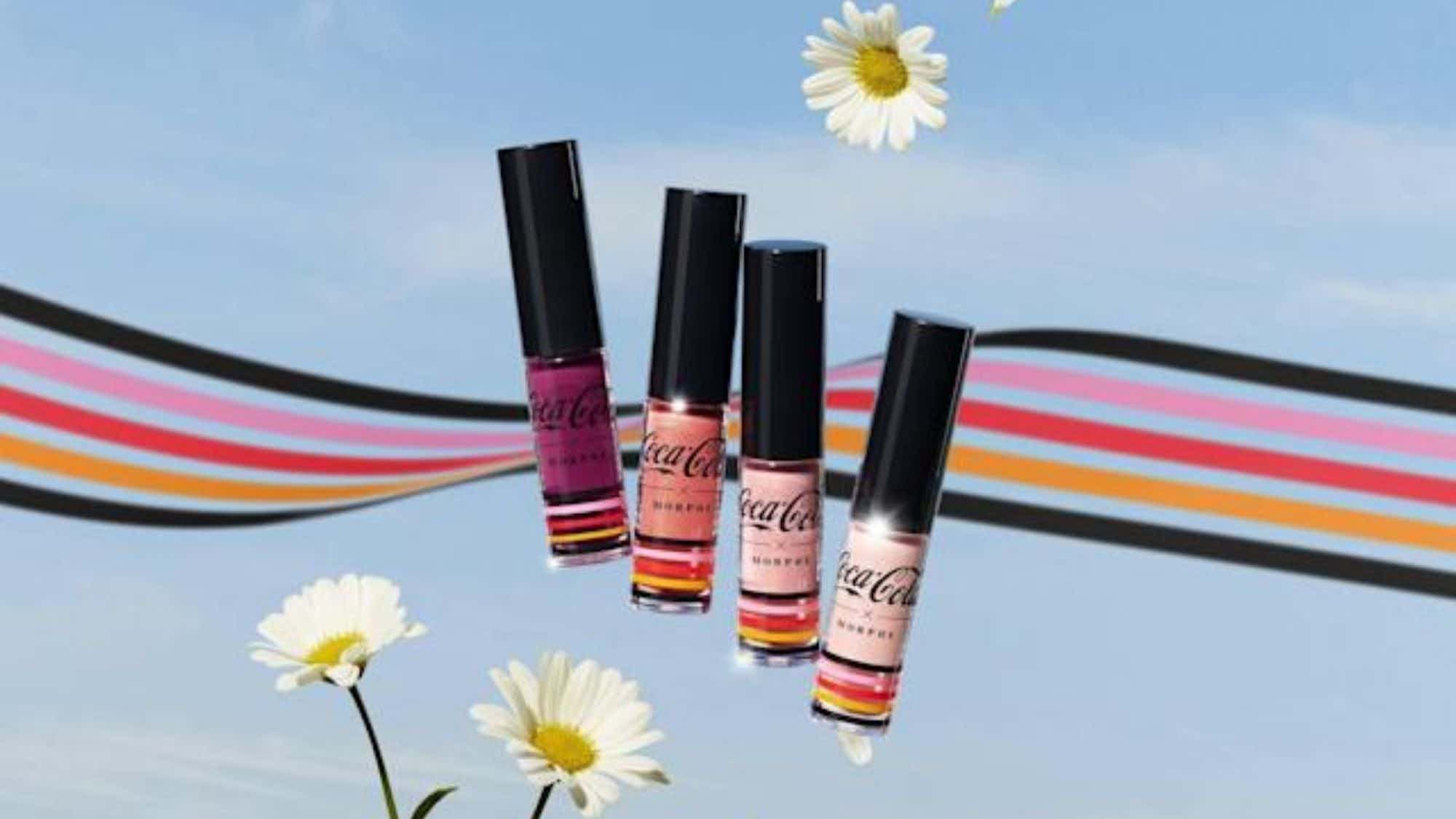 Celebrating the 50th anniversary of its iconic Hilltop television ad, Coca-Cola has joined forces with Morphe to release a co-branded makeup range as part of its wider “1971 Unity Collection.”

THERE have been a ton of food-inspired makeup collabs dropping lately, and Morphe is adding to the mix with their 1971 Unity Collection in partnership with Coca-Cola dropping on May 11.

Celebrating the 50th anniversary of its iconic Hilltop television ad, Coca-Cola has joined forces with Morphe to release a co-branded makeup range as part of its wider “1971 Unity Collection,” which aims to represent peace, optimism and connection.

“Morphe exemplifies individual expression, diversity and inclusion, making them the perfect partner for Coca-Cola. We’re so excited to partner with them on this 1971 Unity Collection,” Becky Anderson, Coca-Cola's senior licensing manager of North America, said in a press release.

Each product is a dream straight from the 70s, with a pastel color story and striped packaging with a little bit of flower power.

The key piece in the collection, the eyeshadow palette has no fewer than 18 shades, offering endless possibilities for daytime and evening looks. These include matte and iridescent nudes, browns, red and gold tones, and even icy blues.

The 5-piece brush set comes in an adorable 70s inspired bag with pink, red and orange hues. Each brush has synthetic bristles and custom handles in the same colors. Coca-Cola's swirly logo is also etched on each brush handle.

Products from the new Coca-Cola x Morphe collaboration will be available from Morphe’s online store from May 11 and will only be available for 8 weeks. (NP)

What exactly is Met Gala for?

BLACKPINK teams up with H&M

Not yet sinking in; people still confused about sustainable fashion