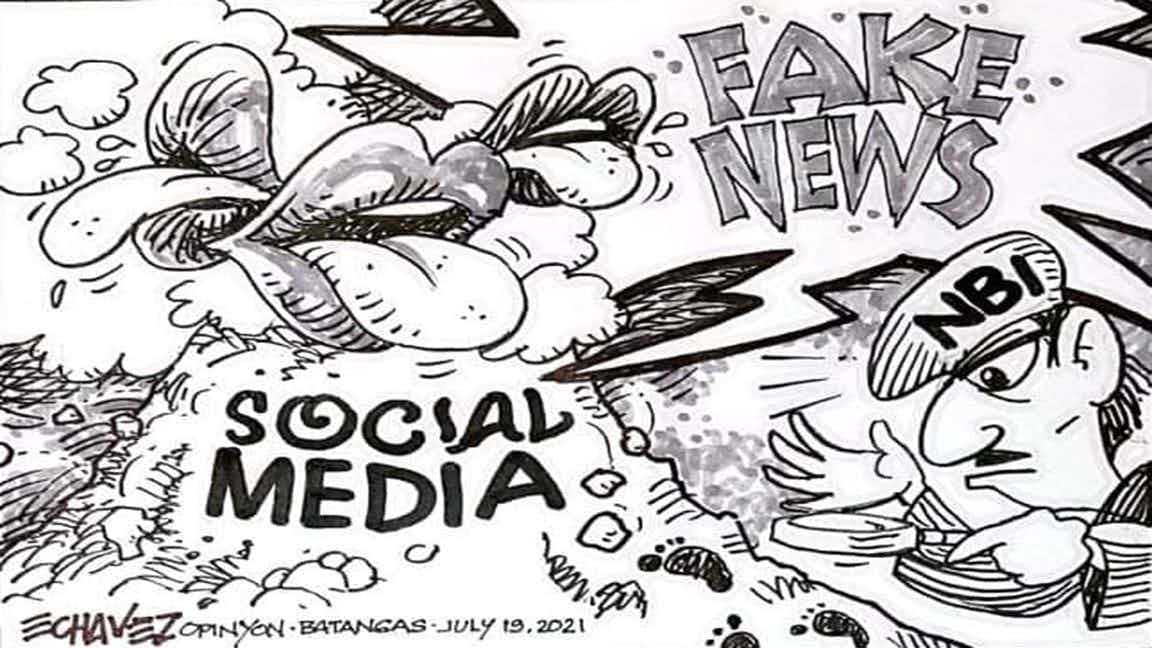 CALAMITIES and the likes are very serious matters.

Pranksters and weavers of fake news should shun and stay away for a mile.

These are serious matters of life and death, of survival and extreme sacrifice for people directly and indirectly involved.

Particularly those inside cramped evacuation centers, and more so for people going halfway, in transit, or almost there in route to evacuation sites.

Mobilization and the actual evacuation or relocation to safer places is similarly back-breaking, tiring, worrisome and mind-boggling.

This is not to mention the stress of evacuees thinking about the possible loss forever of their possessions and physical properties left behind.

A fake news posted on social media or a prank about their situation should merit at least a formal warning to perpetrators.

Authorities should endeavor to trace them down for no one can hide forever his/her identity online or in cyberspace. The NBI has a division for that.

Let’s track them down and charge them accordingly for adding to the agonies and miseries of the people who were praying for Taal Volcano to calm down.

There had been too many instances of fake news and the latest of this obnoxious caper merited the Batangas Incident Management Team (BIMT) to counter a post on the province’s official FB page harking in reverse a “mandatory evacuation within 14-km radius from Taal.”

The office slammed it as fake news.

At least the BIMT still have time to debunk the poison social media post and assuage Batanguenos not to panic even as it also vehemently denied the Department of Interior and Local Government (DILG) ordered residents living within the 14-kilometer radius danger zone from Taal to step out into the evacuation trail.

The incident management office monitors around the clock incidents at and around the existing 7-km danger zone from ground zero Taal Volcano.

Alarmed by the social media post, the DILG also released a statement announcing that “no official statement or warning for such a reminder” was ever issued by the department.

Taal Volcano remains at Alert Level 3, which means, according to the Philippine Institute of Volcanology (Phivolcs) the possibility of an eruption cannot be discounted at this point in time.

The BIMT further advised Batanguenos to only monitor the situation at Taal from official and reliable sources like their office and webpage of the provincial government.

“Nowadays, it's important to get the information that is collected and shared correctly. Make sure the information is true before sharing. Always fact-check and look at verified and legitimate sources,” it said.

But then again, the problem is, “playful” minds can always post anywhere, anytime, as long as there is data or wi-fi connection.